Regulating hormones without taking them: health, anti-aging, better performance, good mood, a beautiful physique and the solution to many cosmetic problems through natural hormonal balance instead of hormonal substitution

What many people don't know

“I am actually completely different, I just get to it so rarely.”

Holisticness is the foundation of my method.

If this is not taken into account, even with a substitution of hormones, one usually does not achieve the desired result. My treatment is very comprehensive and comprises the following principles: 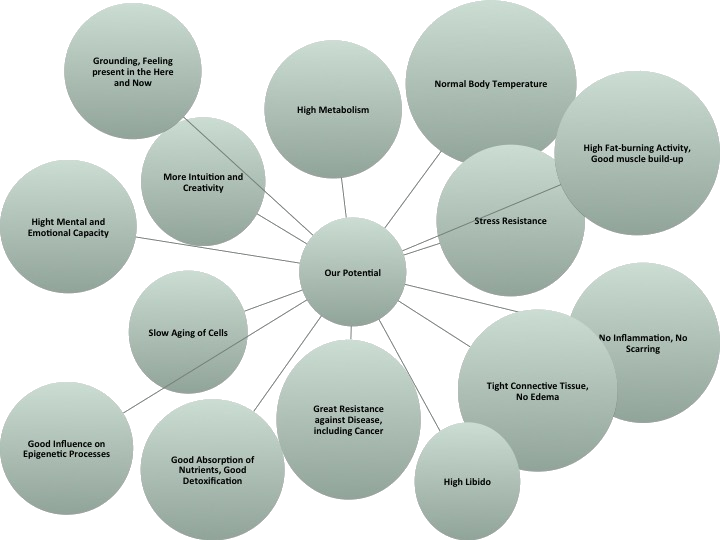 Katia Trost has been an alternative healing practitioner and therapist for many years, specializing in hormone balance. Due to her own personal life story, she had to take charge of the serious hormonal issue she had in the past. She was one of the first therapists in Germany who was well-versed in “natural hormones”, and conducted seminars on this very topic for doctors and alternative practitioners. Over time, not as convinced as before with the results of the existing treatments, she grappled with a great variety of different fields of discipline, such as physiology, biochemistry, theory of evolution, psychology and the nervous system, in order to get to the bottom of what was responsible for hormonal disorders. In doing so, she found out that hormone substitutes are seldom required, as long as body regulation is respected. However, if you look at the body as a faulty machine, even seemingly well-chosen natural hormone substitutes and therapies may yield either no results at all, undesired results or even completely paradoxical ones. Her treatment plan is holistic and targets the body’s self-regulation as regards hormones. She and her team now maintain a practice in Hamburg, where hormonal disorders are understood and treated as a complex and systematic topic.

From 1990 schools visited in various places in Germany

2007-2009 Training as a naturopath in the Medikus Centrum for Holistic Medicine under Dr. Jan Arndt, further training in homeopathy

Since 2010 learning of “healing constellations” with Nicola Marien, Dipl. Psych.

From 2011 focus practice for hormonal balance, development of a separate method for regulating the hormonal system for functional hormonal complaints

From 2015 lecturer in her own cause: “Become a hormone coach!”

Development of a therapy concept that focuses on personality development www.integraleevolution.de